Members of the governing body

Laura joined the governing body in October 2015, having previously been a governor at William Cobbett Junior School in Farnham and prior to that at Grayshott Primary School.

In her professional life Laura has worked in marketing for over 20 years, specialising in brand strategy and market research. She started her career working on the consultancy side, advising blue chip clients such as Ford and Coca Cola before spending 10 years working in various marketing and research roles at Nokia. She currently works for The Stroke Association as their Head of Insight. Laura enjoys using her professional skills, particularly in the areas of data analysis and strategy to help the Governors and staff drive the school forwards. Laura has a particular interest in modern languages, having graduated with a degree in German and Russian. Laura knows the local area well, having lived locally on and off for many years, and being an ex-pupil of George Abbot School. She currently lives in West Clandon and her twin boys, who started their education at Clandon school and are now in year 3 at Send.

Laura was appointed by the Diocesan Board of Education.  She has no business interests connected to the school and is not a governor at any other school. Laura’s term of office finishes on October 2019. Susan Sayers became an ex-officio governor in January 2015 when she joined the Federation as Executive Headteacher.  After qualifying at a Catholic teaching college in Liverpool, her home city, in 1988, Sue moved to Guildford and taught at St Dunstan's Catholic School in Woking for 7 years. She then moved on to a senior role, Deputy Headship and Interim Headship in a team which moved New Haw Junior School to an Outstanding grade before taking up her first substantive headship at a church school in Godalming in 1999.

In 2008, Sue went to Barnsbury Infants and Junior Schools to create a new primary school via an amalgamation process and in 2013 successfully managed their conversion to academy as a Good school. She became a Director of the SWAN Trust, a group of 5 academies working collegiately in partnership, committed to school improvement in the Woking area.

Alongside her headships, Sue has worked as an Associate Leadership Consultant for Surrey/Babcock, leading on assessment and in training new teachers, mentoring new head teachers and coaching governing bodies. She has been an active part of the Surrey Graduate Teacher Programme (now SCITT programme) since its inception. Sue is a qualified Leadership Coach and has been an Ofsted Inspector under both SENCo and the DfE. She has also worked for the LA as a Local Leader of Education, working with schools in crisis and those experiencing difficult, particularly post reorganisation processes.

Sue lives in Grayshott, Surrey, with her husband. She is a committed Christian, a vegetarian, an avid reader and has a burning ambition to wing-walk.

As Executive Headteacher Sue is an ex officio governor and is automatically a member of the governing body.  She has no business interests connected to the school and is not a governor at any other school. As EHT, Sue’s term of office has no finish date. 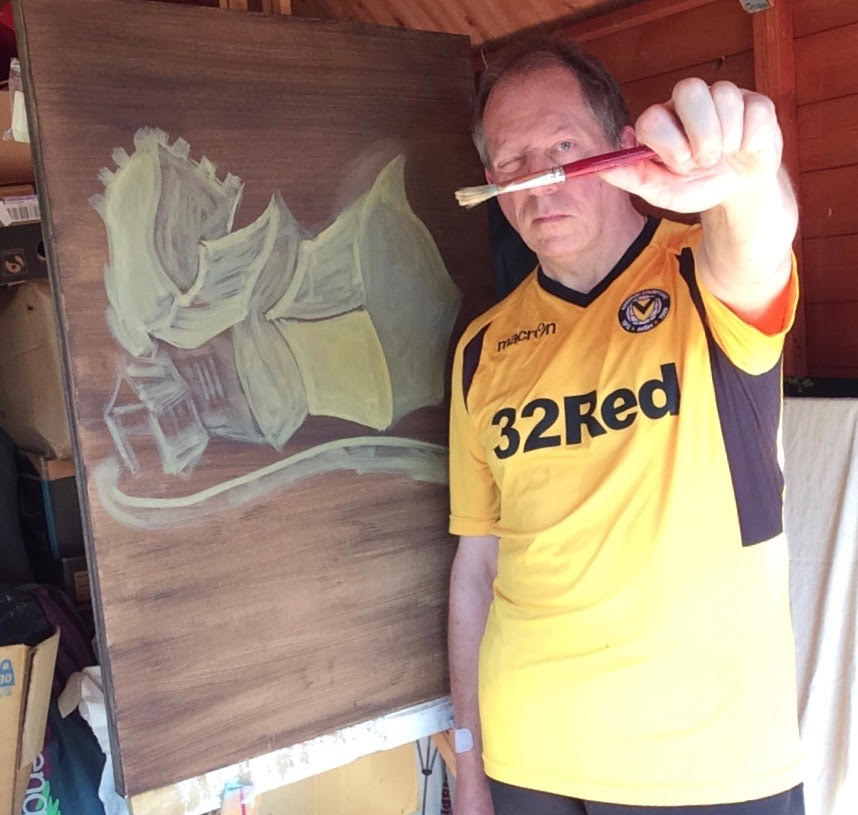 Tony has been a school governor in Surrey since 1989 and joined the Send Schools in 1995. He is an ex officio governor because he is Priest-in-Charge of the Parish of Send. Tony was previously a curate in Epsom and a foundation governor of St Martin’s C of E Infant School. He trained for ordination in the Church of England at Trinity College, Bristol while George Carey, former Archbishop of Canterbury was Principal. Previously he worked for eight years with Professor Marthe Vogt FRS, one of the greatest neurochemists of the 20thCentury, researching analgesia at the Institute of Animal Physiology in Cambridge.  He retains his scientific curiosity and has many other interests, including, music, art and poetry. Tony has been a committee chair and Vice Chair and became Chair of Governors of Send First School in July 2009, which led to being Chair of the Federation from March 2012 until November 2014. He completed the Surrey Additional Skills Governor’s course and a pilot module of the National Chair of Governors’ Leadership Development Programme. He has been involved with staff recruitment and led the headteacher recruitment panel in July 2014.

He was appointed Vice Chair for a term in September 2018 and remains a member of the Learning and Achievement Committee. Unsurprisingly, he is the nominated governor for both Religious Education and Collective Worship and helps to monitor features that are the focus of the Statutory Inspection of Anglican and Methodist Schools. Science, safeguarding and admission arrangements are also in his current remit. As parish priest, Tony visits regularly to lead collective worship and to participate in seasonal services in school or St Mary’s Church. He loves the schools and wants them be filled with brilliance, hope and compassion.

Tony is an ex officio governor because he is Priest-in-Charge of the Parish of Send.   He is chair of Send Parochial Church Council and has no other business interests connected to the school.  He is not a governor at any other school. As Tony is an ex-officio governor, his term of office has no finish date. 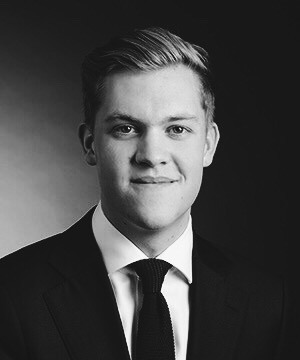 Nick joined the governing body in October 2018. He has worked in the professional services industry for just under six years, starting his career at IBM before moving into the finance sector at KPMG.

He is a recent graduate of The University of Exeter with a Bachelor’s degree in Accounting and is currently working towards finishing his last few chartered accountancy exams on his path to becoming a qualified accountant.

Numbers aside, Nick enjoys taking part in 70.3 Ironman triathlons and back in 2016 he completed the London Marathon raising money for The Guide Dogs for the Blind Association, a Charity close to his heart and one which he is a large advocate for.

Mike joined the governing body in October 2019, having previously provided careers guidance to schools but with no previous experience as a governor.

In his working career he spent over 20 years working for IBM in a range of customer facing roles. After leaving IBM he worked for a small consultancy before joining a colleague from his IBM days to set up their own company providing a range of IT services and consultancy to companies such as Toyota, G4S and Bunzl. Having struggled in a competitive market to find employees with the “right” skills he is a firm believer in the benefits of training and mentoring to help people find their role. Since retiring he has continued to do part time consultancy, predominately in the public sector.

Mike lives locally and his children have all completed their education.

Mike was appointed by the Diocesan Board of Education.  He has no business interests connected to the school and is not a governor at any other school. 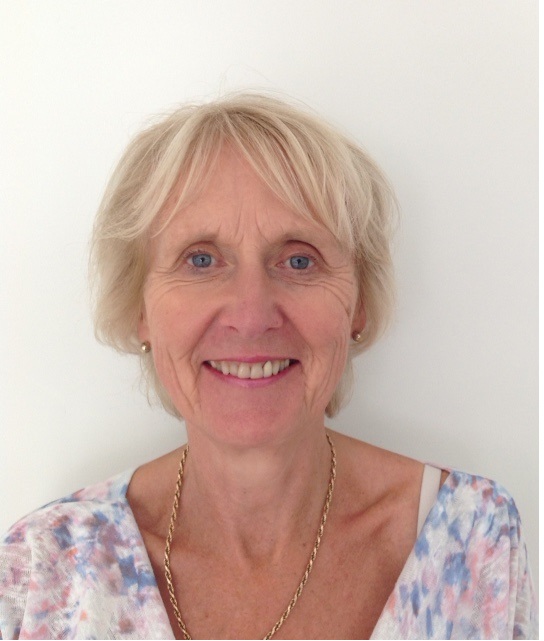 Pam has lived in Send for nearly 34 years with her 3 children attending the local school. Pam was an active member of the PTA and is currently part of the Send Help network, supporting the local community.

Pam’s background is in teaching. Originally in secondary education as a teacher of Home Economics. When Pam returned to teaching after having children she decided to teach younger children and taught in the primary sector before retraining in special educational needs at Kingston University and the Helen Arkell Dyslexia Centre. For 18 years Pam was a Special Needs Coordinator in both state and private sector. Pam retired from teaching in 2017.

Pam is passionate about meeting the needs of all children whatever their ability and wishes to pass on and use her experiences in teaching to others.

Alastair became a Foundation Governor appointed by the Diocesan Board of Education in October 2018. Alastair was a partner in an  international law firm specialising in maritime and offshore projects and finance. He spent over 30 years working in the Far East before returning to live in Windlesham in 2017. He has two grown up sons.

Alastair continues to work as a consultant on matters of maritime law and is a non-executive director or advisor to the board of a number of shipping companies. Throughout his career, Alastair has been active in supporting education and extra-curricular opportunities for learning for all age groups. He was involved in mini-rugby, youth sailing and learning programmes at the Hong Kong Maritime Museum and acted as a mentor for students and junior lawyers at his law firm.

Alastair has no business interests connected to the school and is not a governor of any other school.

Holly works in advertising at Amazon where she helps brands develop effective marketing strategies to achieve their commercial objectives. She works in a consultative capacity and aims to run best practice campaigns using intelligent audience targeting, engaging creative executions and a variety of delivery tactics to drive success.

Holly grew up in Surrey and Hong Kong, and recently moved back to the area after a few years of living in London. She is a newly appointed Foundation Governor and is looking forward to being an active member of the Send School governing body.

Holly enjoys walking in the Surrey Hills at the weekends, travelling and spending time with her two young nieces.

Puneet joined us as a Local Authority Governor in June 2019. This is her first time being a Governor.

Professionally Puneet is the Head of HR for Dixons Carphone and in 2017 achieved her Chartered accreditation by the Chartered Institute of Personnel and Development. Puneet has over 14 years of experience working within HR. Her passion for Learning and Development is what led her to wanting to become a school governor.

Puneet lives in Shepperton and in her spare time enjoys travelling and spending time with her friends and family; especially her niece and nephew who are twins and currently in primary education.

Emma became a Foundation Governor appointed by the Diocesan Board of Education in June 2019. As of the September 2019 term she will be part of the Resources committee, and will become the Chair of Child Safeguarding and Protection.
Outside of being a governor, Emma works as an Executive Business Director in the Media & Advertising industry within a top 5 agency, helping companies grow their market share and revenue. Being accustomed to leading a team and managing budgets on a daily basis, she'll use these skills within her role as Governor to assist in driving success for the school.

Coral Davis Clerk to the Governing Board

The attendance % is based on whether the governor was due to attend or not.

All governors are expected to attend their respective committee meetings, and also full Governing Body meetings.  All meeting dates are published annually in advance.  Not all governors are able to attend all meetings.  When this happens governors send their apologies for absence and this is recorded.  Some governors have also not been on the governing body for a full twelve month period, and this can also distort their attendance record.

The attendance record in the table above cover the last twelve month period, September 2018 to August 2019.  This will be updated in August 2020 to reflect the previous academic year.